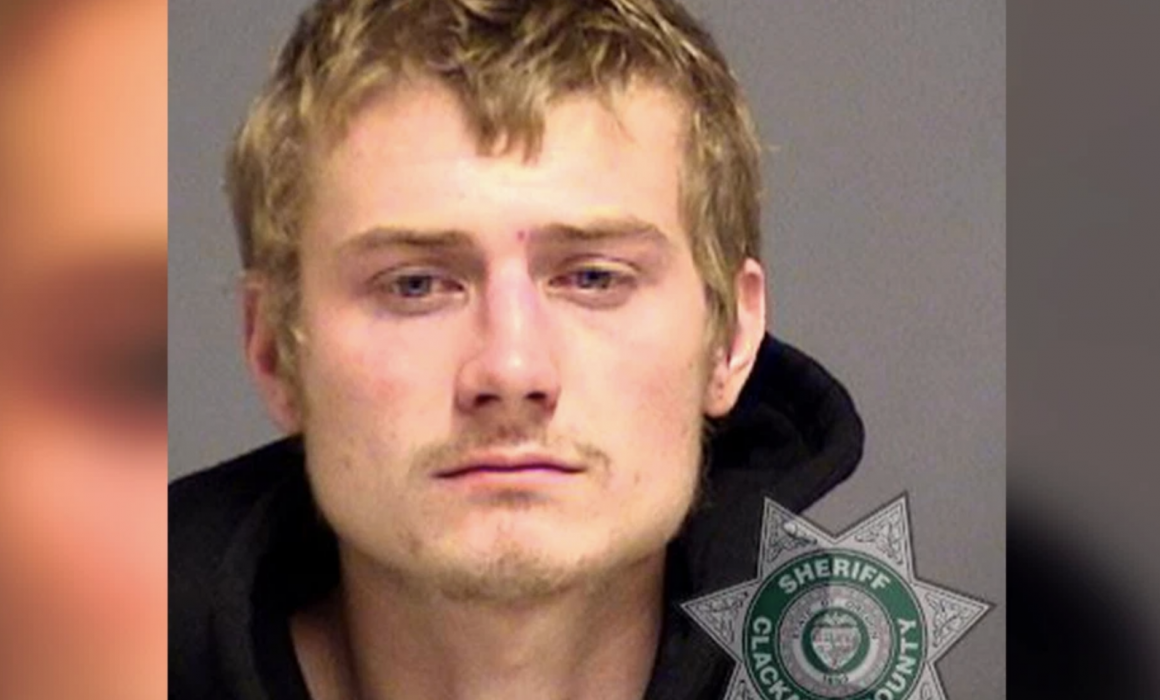 David Dahlen III’s story is a microcosm of the insanity of Portland’s broken legal and social systems. Many Portlanders found out about David after he had escaped custody from Portland’s Central Precinct on January 2nd, 2020 after being arrested for ramming his car into a Portland Police officer on Christmas Eve a little over a week earlier.

By every measure, David Dahlen was given opportunities to turn his life around after having a rough go of it early on due to his drug addicted parents. Living with his grandparents near the Maywood Park area in Portland, many neighbors who knew the grandparents and David for years tried to step in to mentor the young man when he started doing the things that would land him in prison in 2017. One neighbor we spoke to, who says he has known David for nearly 20 years told me that he would bring the young man over to his house to play with and fix RC cars and show him how to work on vehicles.  He said that David was bright and very mechanically inclined, and neighbors would give him odd jobs and help him apply for jobs in companies where they had connections. He said he would regularly talk to David about school, about his future plans, and the troubles that he faced in his life. He was only one of four or five other men who tried to be a father figure for a young man whose grandfather was emotionally unavailable and often gone for work.

Apparently, these attempts didn’t pay off. According to neighbors, at 16 David began stealing from people around the neighborhood, and eventually worked up to stealing automobiles. After cars began to show up at the house, David would strip them out for parts and then dump the carcasses around the neighborhood. Other not-so-desirables began to hang out at the house, and neighbors began to see the signs of drug dealing and use. One of David’s favorite things to do was obtain a junked motor bike, fix it up to the point that was barely running, rip the muffler off of it, and then ride around the neighborhood at all hours of the day and night, revving its muffler-less engine to deafening volume levels.

David would also roam the neighborhood at night and break into homes and garages to steal anything he could get his hands on that he deemed was of value. One neighbor caught David stealing the tires off of his bikes that he had locked up on his back porch. People began to report the shady behavior around David’s grandparents’ house to the police. Most of the time these reports fell on deaf ears. When a new car showed up in the neighborhood, certain neighbors would run out to the street to take pictures of the license plates before David could switch them out. Since David’s friends knew that members of the community were trying to stop the theft and drug dealing, they would get back at the neighbors by throwing used needles in their yards, by super gluing their house locks, or just through straight direct intimidation. One couple who lived next to David got a pit bull dog because they were so afraid of the retribution. David paid them back by hitting the dog with a baseball bat. The dog had to have surgery and lost an eye. These neighbors soon moved away.

All of these things and more were reported to the Portland Police Department without a response. They would take down the information, but nothing would be done. The mentor mentioned earlier decided to escalate his efforts. He befriended a couple of cops and they put him in touch with the DA’s office to see what could be done. Former Deputy District Attorney Haley Rayburn took the case and sat on it for a considerable amount of time. After almost constant phone calls from the community, and with Rayburn leaving the DA’s office in February of 2017, there was a plea deal struck in February of 2018 for David Dahlen to serve 3 years in state prison after David had been arrested and remanded into custody in September of 2017. At David’s sentencing hearing, David spoke about how he was now sober and clear headed and that he was looking forward to his future in sobriety and a possible career working on cars.

At the time of David’s arrest and conviction, it was very difficult to prosecute a person in Oregon for car theft. David was actually charged with five counts of “Unauthorized Use of a Motor Vehicle.” At the time, a person who was found in possession of a stolen vehicle could just claim that they didn’t steal the car and deny knowledge that the vehicle was stolen, and the charges would be dropped. In 2018 the House of Representatives voted in House Bill 4161, which closed this loophole.

Prison can do one of two things to a person. It can either push one to change one’s life due to feeling the pain of the consequences of one’s actions, or it can send a person further down the hole into criminal oblivion. David was released from custody in November of 2019 after serving 26 of his 36-month sentence. He was facing two years of supervised release through the state probation office. His terms of probation were staying clean, submitting to urine and breath tests, and paying fines leveled by the court. Neighbors were a little concerned about David returning to the neighborhood, but the mentor was more open-minded. Although the mentor mentioned above was largely responsible for getting David charged with his crimes and sent to prison, David stopped by his house and hugged him, telling him that he understood why he had done what he had done and that he understood. It seemed like a good start.

A job that had been waiting for David from one of the neighbors’ family businesses in the automotive repair industry fell through due to Covid-19. Within two months, members of the AOB (a white supremacist gang David became affiliated with while incarcerated) began to show up at David’s grandparents’ home, and the same signs of drug use and car theft began to reappear. David would no longer steal from the neighborhood because he thought he would be safer going outside of it, roaming as far as Clackamas County. In September of 2020, David was arrested in Lake Oswego after he crashed a stolen car into some rocks. Him and an accomplice, Sara Star Furlong, who has multiple arrests for meth and heroin dealing, were arrested, but soon released without charges. David was arrested again in December in an attempt to steal another vehicle.

Q: What city has the worst stolen-car rate per capita in the US?

The mentor said that David was beginning to be more and more brazen with his crimes. It is truly amazing that David, while on state probation for crimes that he was currently committing, wouldn’t be sent back to prison just on probation violations, which is what probation is supposed to be all about: you break the terms of your release, you go back. The mentor once again began contacting different agencies about what to do. One mentioned that since David was now affiliated with a gang that the grandparents could be threatened with the loss of their home for allowing such crime to occur on their property. However, once the Gun Violence Task Force (formerly the Gang Task Force) was eliminated by a Portland City Council vote, this legal opportunity was lost. The mentor said that he felt it was only a matter of time before David was responsible for someone’s death, especially after seeing his AOB buddies openly carrying firearms.

On Christmas Eve David Dahlen rammed a stolen pickup truck, a truck neighbors had seen arrive at David’s house just days earlier, into Portland police officer Jennifer Pierce’s car at a gas station on Powell and 39th Street. He nearly killed Officer Pierce, who managed to get off a shot after he rammed her. Pierce suffered a broken pelvis. The video of the incident is disturbing in its violence and obvious disregard for human life. As most of Portland now knows, Dahlen escaped police custody on January 2nd after a cleaning crew left the door unlatched to the interview room David was in.

According to neighbors, they have seen David jump the fence into the back yard of his grandparent’s house later that evening and possibly the next night. There is currently a stolen SUV in front of his grandparents’ home, and at the time of this blog posting, David Dahlen is still at large.

There are so many apparent failings here from the social and legal systems of Portland which could have saved David from himself and officer Pierce from him. Neighbors tried to help a kid who initially seemed willing, but there was no city-funded program to put him into, no contacts to officially mentor him, no job program and/or training to put him into. Perhaps if David had been charged initially for his original crimes when he was younger, he could have gotten more help before courting more dangerous circumstances. Another aspect is that probation programs, which used to send released convicts into job programs, gave them initial funds in order to find housing, and monitored those on probation much more closely, have completely failed in their tasks. Those who serve their time in Portland are commonly released with no money, no job, no net. The probation system is, in theory, supposed to provide an opportunity for those convicted of serious crimes a chance at a better life, as well as protect the community from these same individuals if they don’t choose the correct path.

The Coalition to Save Portland is a Political Action Committee fed up with the policies of appeasement that allow our cities livability to deteriorate. Want to get involved in our movement to save Portland?  Please register on the front of our site here