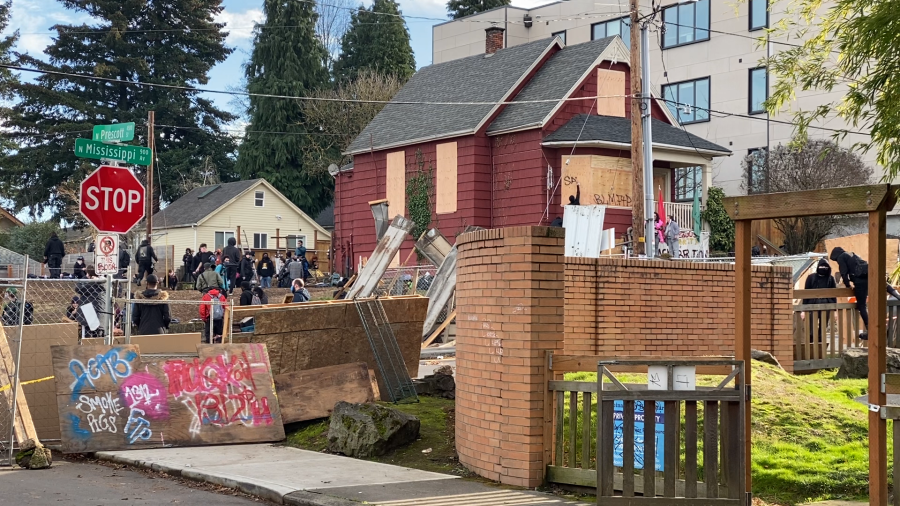 Portland, OR – The Coalition to Save Portland (www.savepdx.org) released the following statement today in response to a threat of legal action issued in a voicemail against the coalition’s co-founder, Gabe Johnson.

The Coalition received the following message from Coya Crespin of the Community Alliance of Tenants threatening legal action if a press release was not retracted:

“Yes, hello this message is for the Coalition to Save Portland, umm regarding Gabe Johnson. This is Coya from the Red House on Mississippi um we are requesting that you take down your fake news report, your fake news release.That press release is completely false. Gabe Johnson is in no way associated with the Red House on Mississippi, please take that press release down before we will be forced to take legal action. Thank you.”

Listen to the voice mail here.

It remains unclear how a press release could be actionable in a court of law. The Coalition described the actions taken by its director, Gabe Johnson, when he visited the Red House Autonomous Zone on Thursday, and followed up with another visit on Friday. Nothing in the statement was false, and at no time did Johnson state that he was associated with the house, the autonomous zone, or any individual or group protesting there.

“I went there to have conversations,” Johnson said, “just like I said. Within ten minutes of entering beyond the street barricades, I was directed to Gary Floyd (cousin of George Floyd), who represented himself as a liaison working with the family. After a productive conversation, I put him in touch with my contacts at Portland Police Bureau to work on peacefully deescalating the situation and clearing city streets. For this effort to bring about a peaceful resolution, the Coalition is being threatened with a lawsuit? Come on.”

The Coalition to Save Portland is a collection of concerned Portlanders who have had enough and are tired of the lawlessness in Portland streets. We are coming together to find positive, equitable, productive solutions to Portland’s problems while restoring livability to every neighborhood. At our core, we believe that the violent riots plaguing our city have been counterproductive and should give way to positive solutions that rebuild our communities. For more information, please visit www.savepdx.org.